Years 3 and 4 have been looking at stories with a dilemma. After reading and analysing different examples of this type of story, they planned and wrote their own. Mrs Allen (one of our Teaching Assistants) kindly took the stories home to be judged by her daughters. After careful deliberation they chose the stories below. Their prize was to have their stories published on our school website. I hope you are as impressed with their stories as we were! Well done to all the Year 3s and 4s as I know the judges found the choice a difficult one to make.

There was a girl called Sophie who lived in a massive house. She has six nice sisters and five mean brothers.

She has a spotty dog that runs as fast as lightening and the dog is called Spotty.

Spotty ran all the way to the wild wood. Sophie whistled five times and Spotty didn’t come back. She was feeling really disappointed and upset.

Sophie was working quietly at home. She opened the gate and she went up the steps and there Spotty was sat happy. Sophie gave him a huge hug and said ‘Where were you?” Then they went inside.

There was a boy called James he was born in a country called England. In a small town called Blackpool. He was James Luke Taylor also it was his birthday and he was 20 years old.

So he was slowly walking to football practise in Blackpool and it was to play for the under 21s. That sunny day it was so hot it was burning your skin.

Then James fouled a football player and was getting bullied by someone called Sam.

Soon James said to the referee ‘I’m getting bullied by Samuel,” and the ref said “you are getting booked for bullying James.”

Finally James was going to score from a penalty and he did score a goal and he was so happy that he did well. “I can’t believe it because I’ve scored a goal,” said James. Sam wasn’t happy when he went home.

One day there was a very kind, young girl named Anna. She was very amazed and excited when Anna’s parents told her they were going on a cruise ship. When she jumped on the boat excitedly she felt so excited she nearly weed in her pants.

When Anna got on the boat she watched her favourite program called 16 wishes. Anna sat up and said “This just can’t get better.” Then the floor started creaking she said “All boats creak.”

Then Anna was just going to get a drink when CRACK the floor burst in half. She felt so frightened and she thought to herself am I going to survive. Anna was shaking like mad.

Finally Anna finds a rope. She pulls the rope and at the end there was a life boat. Then someone says “Are you ok?” He was a diver who had volunteered to help. Her mum and dad were still lost so until they found her parents she stayed with her nanny.

When she got there Anna sat down and her Nan said “Do you want some nice hot warm hot chocolate?” She answered “Yes I would love to.” Anna saw the news and it had all the news about the ship but her parents were dead but she enjoyed living with her Nan and she learnt never to go on a cruise ship. From that day no one went on a cruise ship. 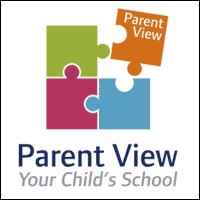